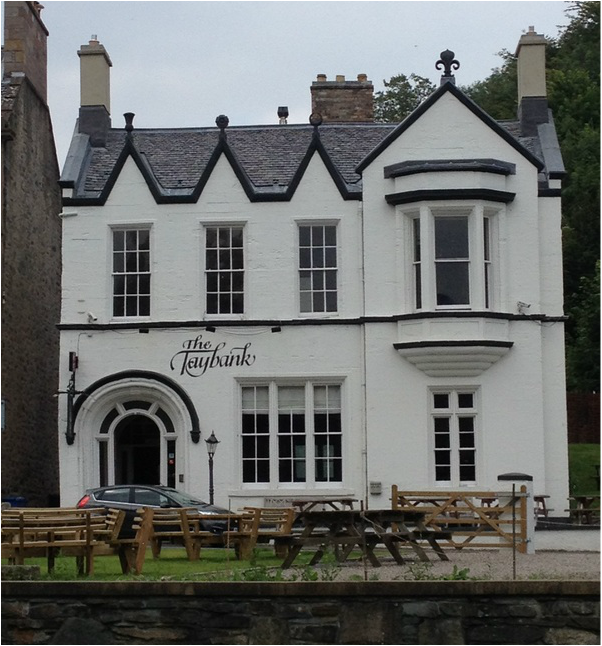 ​​I've decided to kick-off my music selections with a few tunes from my absolute favorite session in Scotland- Thursday nights at the Taybank in Dunkeld. When I lived in Scotland, I would try to make it out every Thursday to this fantastic session. The Taybank would usually be packed with lovely people by the time I got there and squeezed through the door with my instrument and a spare chair that I grabbed from the hallway. Standing room only!
​
If you're not familiar with what a session is, it's an informal gathering of musicians at a pub, a bar, or a house (or other comfy places!) playing memorized traditional tunes, some recently composed and some hundreds of years old. The musicians don't play for money or even to the audience really- a common love for the music brings them all together, and they often occupy a corner of the pub..it would be most unusual to have them up on a stage as if it were a performance! Many of the sessions that I've attended have been a weekly matter, though I know of some that happen monthly.

​The majority of the sessions that I've gone to in the States have had a nice mix of Irish, Scottish, and New England tunes, with some Cape Breton and French-Canadian tunes thrown in every so often. In Scotland, the majority of the tunes played are Scottish (at least in the sessions that I frequented), with a few of the standard Irish session tunes introduced by people originally from Ireland, be it expats or others.
​
​The amount and type of musicians coming to a session each week can be highly variable. At the Taybank in 2014, there would usually be 3-5 fiddlers, at least 1 flute player, at least 1 guitar player, a low whistle player, usually a mandolin player, and sometimes even an upright bassist and a pianist! Somewhat unusual...but most definitely a great time when either one of them showed up!
​
​Most tunes, like those in the sample posted directly above, are played at ''session'' speed, i.e. pretty quickly! In Scotland, tunes are typically played 2 or 3 times through before moving right on to the next one- markedly different from how we do things in the States, with some tunes being drawn out and repeated many, many times. This Scottish session etiquette caught me quite off-guard at first, but I enjoy it now as it ''separates the wheat from the chaff'', so to say- you either know the tune and can play along or you don't...there's no time to fumble around!
​
The musicians at the Taybank are quite fond of playing tunes by the late, fantastic piper Gordon Duncan, as demonstrated in the last three tunes in the sample above. I highly recommend checking out the remaining footage of him on YouTube, especially the clips of him from the Piping Centre and of his recital.

​More information on Mr. Duncan can be found here: ​www.gordonduncan.co.uk
​
​​I can't wait to make it back to Dunkeld and the Taybank!