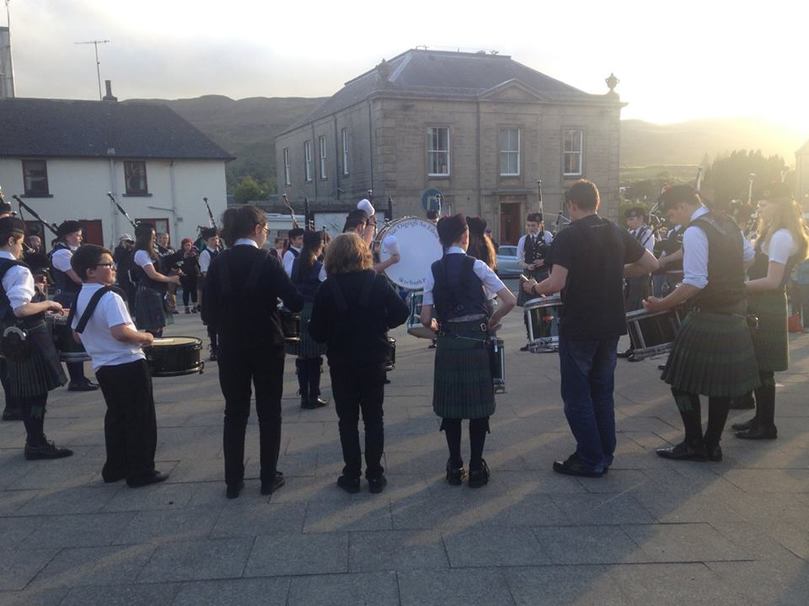 ​​After hitching a ride from Uig with a lovely couple from Nottingham, England, I arrived in Portree to the stirring sounds of the Skye Youth Pipe Band (Comhalan Oigrigh an Eilein in Gaelic). I hurriedly got out my recording equipment and caught the last few tunes right as the breeze fizzled out and the midges made their appearance known, visibly affecting some members of the group. The pipe band, made up of students from Portree High School, had formed a ring in Somerled Square and were running down some sets for the public. Their music could be heard floating all throughout the town (which, with 12 or so pipers, I would certainly hope so!).
​ 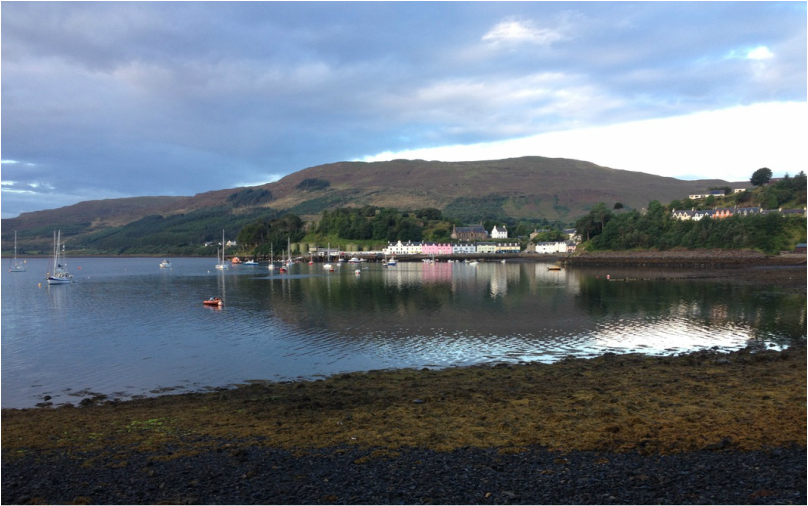 ​Portree (Port Rìgh in Gaelic, which translates to ''King's Port'') is a great little town found about halfway up the east coast of Skye, definitely worth a trip to visit its cute harbor as well as its wide selection of shops, pubs, restaurants, and hostels. ​​
​
If you happen to be out in Skye (or in Scotland) and want to hear a great youth pipe band, the group regularly updates their Facebook and keeps everyone posted on their next gigs. According to their Facebook, they usually play in Portree Square on Wednesday nights in the summer. Check it out here: https://www.facebook.com/Skye-Youth-Pipe-Band-214521961913570/

Back in March 2016, the pipe band entered the Scottish Schools Championship and placed 1st in the Debut category. More information can be found on this page, which details their repertoire and includes more pics/news of the band:
​http://skyeyouthband.wixsite.com/website​